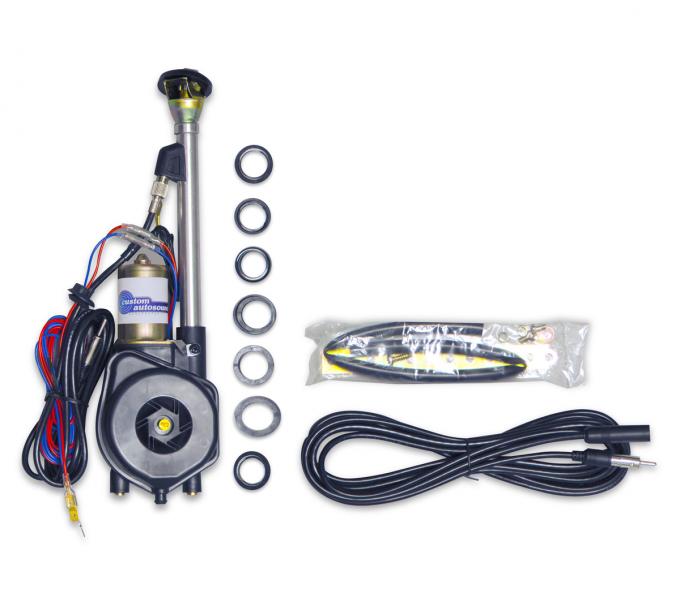 The advent of power accessories on automobiles through the 1950s and 1960s added a new premium driving experience to cars with functions at the press of the switch or button. A sleek, high-tech improvement to your classic or collector vehicle, this Custom Autosound full size power antenna can be an easily installed in a fender or quarter panel. The power antenna extends when the radio is turned on and lowers when the radio is turned off.