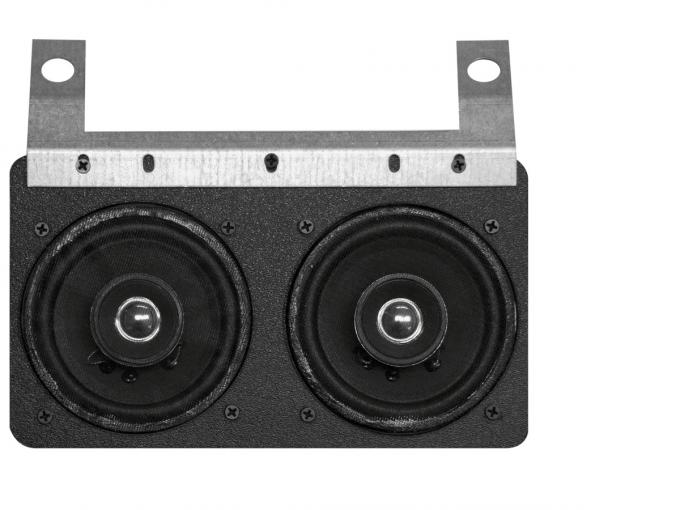 In the 1940s and early 1950s, the presence of an in-vehicle radio was still regarded as a luxury feature lacking the audio technology we take for granted in modern automobiles. Custom Autosound provides a wide range of products that allow classic car owners to partake in more modern audio entertainment without greatly altering the timeless, period-era look of an antique vehicle. This dual speaker for 1947-1953 GMC trucks from Custom Autosound is an appealing addition for upgrading the original equipment mono speaker.

Note: Speaker specifications are subject to change without notice.