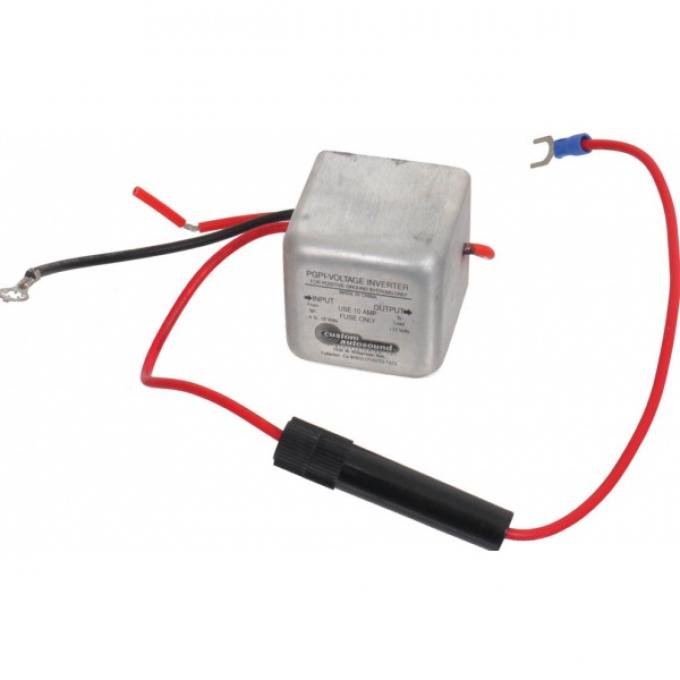 Power inverters convert 6, 8, or 12 volt positive ground systems to 12 volt negative ground to allow operation of accessories such as car stereos, citizen's band radios, cell phones, etc. Can continuously supply 2.1 to 2.5 amps. Comes with instructions for use and a 1-year factory warranty.